The original colony of Swiss mice in the US started from nine mice brought from Lausanne, Switzerland, in 1926 by Clara Lynch. In 1937 from Lynch to Poiley. Inbred by Poiley known as NIH/PI. At F51 to US Naval Medical Research Institute and known as NMRI. In 1955, to Bundes-Forschungsanstalt für Viruskrankheiten. In 1958, to Central Institute for Laboratory Breeding, Hannover.

In 1981, from Central Institute for Laboratory Breeding, Hannover to Winkelmann. In 1998, from Harlan Winkelmann to Harlan Laboratories. Harlan became Envigo in 2015. 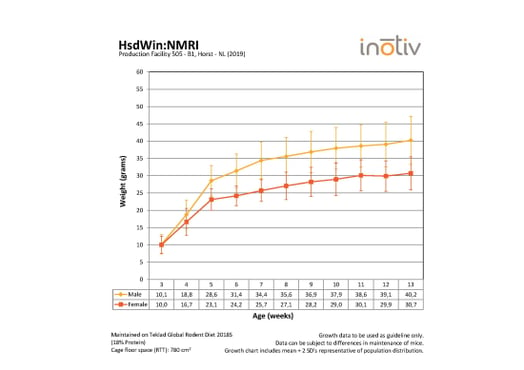