Apolipoprotein E (ApoE) is a critical apoprotein of the chylomicron which binds to a specific receptor on liver cells and peripheral cells. Additionally, the 4 allele of ApoE (ApoE4) is a major risk factor for Alzheimer's disease (AD), with possession of at least one ApoE4 allele in 40-65% of patients with AD and a patient with 2 ApoE4 alleles having up to 20 times the risk of developing AD.

ApoE4 has been implicated in Alzheimer's disease and cognition, making this a useful model for the study of atherosclerosis, Alzheimer's and nerve injury.

The hApoE4 KI rat model was originally created at SAGE Labs, Inc. in St. Louis, MO and distributed out of the Boyertown, PA facility. The line continues to be maintained through the original SAGE Labs animal inventory acquired by Envigo. 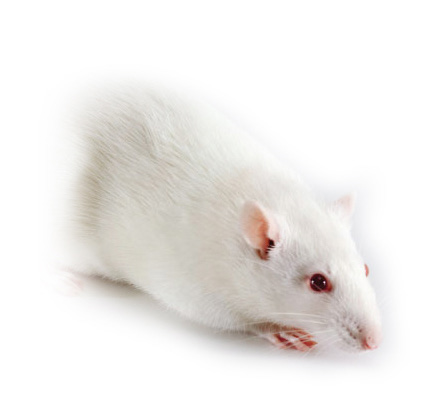